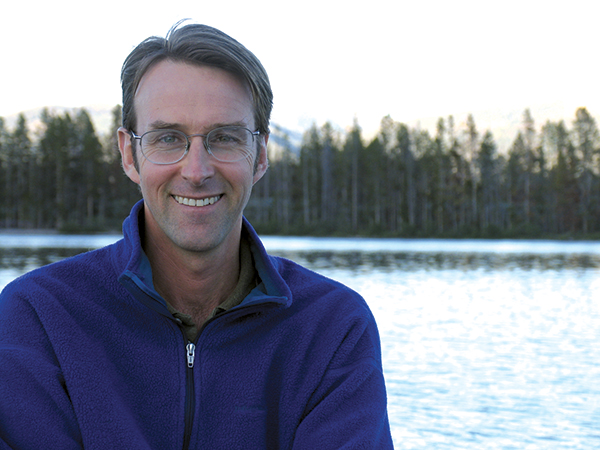 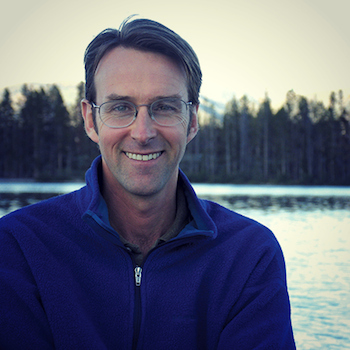 The issue of how we grow and process our food, while it’s always been important, is now a hot topic both at the kitchen table and on Wall Street. From the recent scandal about a chemical used in yoga mats being found in Subway bread to the rising awareness of GMOs and demands to label their presence in foods, the public is fast awakening to the need for safe, whole, natural nourishment.

In early May 2014, the stock price of Whole Foods Market (WFM) dropped about 20 percent in 24 hours, based largely on fears that Walmart and other grocery giants will overtake WFM’s share of organic food sales. The number of equity funds looking to invest in the next Annie’s or Clif Bar is astounding. Astute investors now understand that food impacts not just waistlines but bottom lines.

The elephant in the room is that agriculture, not transportation, is globally the greatest contributor to greenhouse gases—an issue that gets glossed over by Al Gore and 350.org alike. The media, whether in the recent New York Times food reportage or in the May 2014 National Geographic cover story on “The New Food Revolution,” all fail to mention the three most pressing food issues: the climate change connection; the vast subsidies to corn, soy, and wheat; and the massive increase in the use of Monsanto Roundup with its human health and ecosystem impacts.

Central to the conversation are the questions How do we grow our food in a more sustainable way? and Who decides? Should America lead the world in turning over our heritage of ancestral seeds to Monsanto or DuPont for them to patent as intellectual property? It’s becoming ever more widely known that each firm has a long history of making lethal war chemicals, creating toxic manufacturing sites that leak carcinogens into disadvantaged communities everywhere, and influencing the EPA, USDA, Congress, and the White House so that decisions made—such as the recently passed Farmer Assurance Provision (widely called by its critics the “Monsanto Protection Act”)—favor biotech.

The recent good news is that, on May 8, 2014, per a law signed by Governor Peter Shumlin, Vermont became the first U.S. state to mandate the labeling of foods made with genetically modified organisms. The Grocery Manufactures Association (GMA) has challenged the new law in court in what is expected to be an epic legal battle of the people vs. corporations. Supporting members of GMA include Starbucks, Kellogg’s, and General Mills.

The Three Ways That Monsanto Is Being Defeated

In spite of Monsanto’s death grip on the food system, important progress is being made in three key areas: (1) public education via social media, leading to (2) wiser food choices and(3) more sustainable investments.

All great movements begin at a grassroots level. Think of the civil rights sea change in the 1960s: the government acted to pass the civil rights bill only after the people had reached a tipping point about racial injustice. Having started in a similar grassroots fashion, the organic food movement is now well on its way to changing the food system worldwide.

Yet Monsanto and Big Ag are much better at crafting propaganda than were the bigots of the 1960s. The three biggest lies: that GMOs will feed the world, that organic agriculture can coexist with GMOs, and that Roundup-tainted GMO foods have been proven safe.

Although tens of millions of Americans might not understand all the complexities, they have a gut sense that something is very wrong with our food system, and little faith that Monsanto should be in charge of a baby’s nourishment. They can’t help but wonder how much Monsanto herbicide content in a mother’s breast milk is safe. 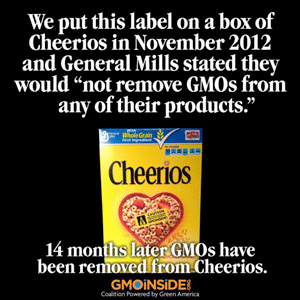 Some of the biggest news in the food industry this year is the General Mills conversion of Cheerios to a non-GMO cereal. This cultural milestone signals not only the swelling consumer exodus from industrial GMO foods, but also the rise in the use of social media by foodies to educate the public.

The Cheerios conversion is representative of a broad and radical trend in the entire North American food industry, as exemplified by last year’s announcement from Whole Foods Market that GMO foods and supplements must be labeled by 2018—a revelation that the non-GMO movement was becoming big business.

The GMO Inside coalition (of which I’m co-founder and co-chair) had begun to target Cheerios, in part because General Mills, was a big funder of “no” on California’s Prop 37, the failed right-to-know labeling campaign. In subsequent months, GMO Inside got 50 thousand anti-GMO comments placed on the Cheerios Facebook wall.

The startling General Mills announcement was the result of the strongest adverse media coverage in the history of GMOs. And in early 2014, Post Foods announced it was rolling out a non-GMO Grape-Nuts cereal.

Tens of millions are now realizing the stakes of turning over the food supply to a cabal of war-chemical giants that also includes Bayer and Syngenta. In the wake of the Cheerio’s changeover, Kellogg’s Corn Flakes, Smuckers Jam, Land O’Lakes, and even Starbucks lattes are caught up in an epic fight for public opinion, with Monsanto and friends on one side and the real food movement on the other. 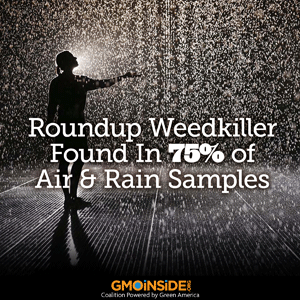 How alarmingly efficient our industrialized food system has become! Roundup is now in the rainwater that falls from the heavens, and in the blood and urine of newborn babies. Not a moment too soon, our society is waking up, smelling the Roundup, and choose life-affirming foods grown in a way that honors all the generations to come.

The hippy roots of the nascent organic food movement in the 1970s and ’80s held a vision of a revitalized food system—one that devoutly honors the health of the soil. Today’s devoted organic farmers realize that a healthy society must start with healthy soils.

Americans vote at every meal for their preferred version of a food system. Cost is an issue, largely due to the giant subsidies paid to the GMO industrial-ag corn, soy, wheat, and sugar beets used for cheap junk foods.

GMO Inside’s latest campaign targets Starbucks’ “Monsanto Latte,” due to the fact that their milk is sourced from cows fed GMOs and injected with antibiotics on factory farms. GMO Insiders are also directing their efforts against the factory-farmed “Monsanto butter” produced by Land O’Lakes and Alta Dena Dairy.

Social media has become an effective tool in the creation of a better food system.

An Iowa-based group, Food Democracy Now, is calling for all citizens who invest in mutual foods to close their account if their fund is invested in Monsanto. More details at http://bit.ly/1ozgKJo.

“Already, the phone lines at Fidelity, Vanguard, and State Street have been ringing off the hook as thousands have reported calling their financial advisors and discovering that they have inadvertently owned shares of Monsanto’s stock,” comments Dave Murphy at Food Democracy Now. “Unfortunately, if you have a retirement fund, a 401K, or mutual funds you could be profiting from Monsanto’s toxic products.” The movement is aiming for an unprecedented stock plunge for Monsanto. 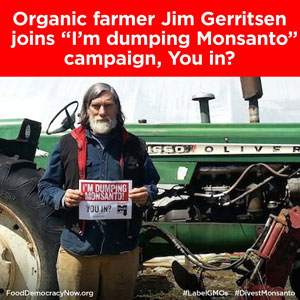 According to Murphy, Food Democracy Now’s prime reasons for targeting Monsanto include the following: “As the manufacturer of Agent Orange, DDT, PCPs, and dioxin, Monsanto’s toxic legacy of harm to the environment and human health is without parallel. Now Monsanto owns patents on life and is genetically engineering the food that we eat. In the past two years alone, Monsanto has helped fund massive misinformation campaigns to the tune of $70 million to defeat GMO labeling.”

In our efforts to reduce carbon emissions, it’s vital that we reduce the demand for coal, oil, and fracking via wind and solar systems and plug-in hybrids. From the Tesla Company to First Solar, exciting work is being done.

What’s not well understood about climate change is how agriculture is both the number one problem and the number one solution. As we race past carbon dioxide concentrations of 380 parts per million, not only is our atmosphere being overloaded with CO2. The dirty little secret is that the oceans are becoming the carbon sink.

While people debate whether the planet is getting hotter or storms stronger due to climate change, we know for a fact that the oceans are getting very acidic. Not one scientist—not even one on the payroll of the Koch brothers—can refute the fact of the oceanic pH fall. Fast-forward another two or three decades and this will have led to a massive fish and coral reef die-off.

The solution is simple, and already at our fingertips. We need to become carbon farmers, or the customers of carbon farmers. This means ending the use of synthetic fertilizers and toxic pesticides and growing via the organic methods that build healthy soils. Mainly it means moving from CAFOs (concentrated animal feeding operations) to pasture-based systems for raising chickens, pigs, and cows. In the process, we’ll lock the massive amounts of atmospheric carbon atoms into the top six inches of our planet’s soil.

This is no pipe dream, but it will require continuance of the major shift in consumer habits that’s already gaining speed. That is, choosing grass-fed meats, with their much healthier omega-3 levels, over CAFO meats. And reducing our overall meat consumption by 50 percent or more is vital. Already many meat eaters are cutting back their total consumption by half or two-thirds and choosing to eat only pastured meats. We need to keep moving away from the carbon-centric, GMO-based industrial farming that releases vast amounts of greenhouses gases into the environment.

The United States also needs to restore the domestic farming of hemp, which locks carbon from the air into its fibrous stalks. Hemp fiber can be grown for construction (it’s more energy-efficient in walls than are wood–based walls), auto parts (it’s lighter in weight than fiberglass, and thus more fuel-efficient), and many other uses.

Another resource is Biochar, a name for charcoal when it’s used for particular purposes, especially as a soil amendment and it also holds great promise as a new tool for carbon farmers. Biochar is being seen as a possible approach to carbon sequestration to produce negative carbon dioxide emissions.

Finally, I am including this link to a recent article from Judith Schwartz on Yale’s Environment 360 website “Soil as a Carbon Storehouse: A New Weapon in the Climate Fight?” It looks at the degradation of soils from unsustainable agriculture and other development, which has released billions of tons of carbon into the atmosphere. But new research shows how effective land restoration could play a major role in sequestering CO2 and slowing climate change. Read more at http://bit.ly/1j4lTZv.

In closing, to secure and ensure a vital and livable world, we need to keep shifting from Monsanto-style industrialized farming to the wisdom and foresight of such positive approaches as Biochar. Central to the implementation of this new food system will be the crop rotation, soil-building practices, and pasture systems that are the basis of sustainable organic foods.