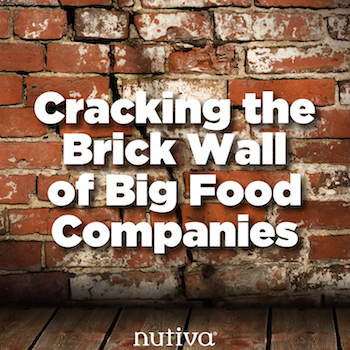 Some of the biggest news in the food industry this year was the moment of General Mills (GM) converting Cheerios to a non-GMO cereal. In January, GM announced that it would halt the use of genetically modified ingredients in original yellow-box Cheerios. This cultural milestone signals not only the swelling consumer exodus from industrial GMO foods, but also the rise of the use of social media by foodies to change the conversatio

The GMO Inside coalition (yes—full disclosure—I am co-founder and co-chair) started targeting Cheerios in 2012 for many reasons, including that the brand’s corporate parent, GM, was a large funder of “no” on California’s Prop 37, the failed right-to-know labeling campaign. In the following 14 months, GMO Inside got 50 thousand anti-GMO comments placed on the Cheerios Facebook wall.

About 15 percent of the total Cheerios cereal content was GMO corn and sugar. With GM’s declaration in January that its classic yellow-box cereal was going non-GMO, a great crack formed in the brick wall of “Big Food.” The startling GM announcement resulted in the strongest adverse media coverage in the history of GMOs.

The Cheerios conversion is representative of a broad trend: the entire North American food industry has been going through radical changes toward non-GMOs. In March 2013 Whole Foods Market (WFM) announced that GMO foods and supplements must be labeled by 2018—an earlier indication that the non-GMO movement is becoming big business. In another historic victory, in late 2013 WFM dropped Chobani yogurt because its milk ingredient comes from cows fed GMO grains. Chobani recently announced the pending introduction of several new certified organic yogurt items. And in mid-January of 2014, Post Foods announced it was rolling out a non-GMO third-party-certified Grape-Nuts cereal.

A dozen years ago, it would have been hard to find even one in a hundred thousand Americans who could explain GMOs. Today, many are looking for the source of the huge rise in autism, cancer and gluten intolerance. People are asking how their food is grown, and, thanks to the Food Babe, why their yoga mat is in their sandwich.

Tens of millions are realizing the stakes of turning over the food supply to be “improved” by a cabal of war-chemical giants that include Monsanto, Bayer and Syngenta. In the wake of the Cheerios changeover, CPG brands Kellogg’s Corn Flakes, Smuckers Jam and Land O’Lakes—and even Starbucks lattes—are now caught up in an epic fight for public opinion, with Monsanto and friends on one side and the real food movement on the other.

The adversaries are two competing systems of agriculture: industrial foods based on aggressive GMO technologies that include ever-increasing levels of Monsanto Roundup/Dow 2,4-D toxic herbicides vs. a nature-honoring food system, without GMOs, based on regenerative cultivation and designed to be free of chemical fertilizers and pesticides.

The British environmental journal The Ecologist reported in April 2014 that all the individual samples of GM soy in one test contained residues of both glyphosate and aminomethylphosponic acid (AMPA), on average 9.0 mg/kg—an amount greater than is typical for many vitamins. AMPA is the principal breakdown product of glyphosate (MonsantoRoundup®). How alarmingly efficient our industrialized food system has become! Roundup is now in the rainwater that falls from the heavens.

It is in the blood and urine of newborn babies and in the mother’s milk that nourishes early life. It’s time for our society to wake up, smell the Roundup, and choose life-affirming foods grown in a way that honors all the generations to come.

Americans vote three times a day—that is, at every meal—for their preferred version of a food system. For many, cost is an issue, due in large part to the giant subsidies paid to GMO industrial-ag corn used for cheap junk foods, but mostly for animal feed and non-sustainable energy fuels. Access to high-quality whole foods is a social justice issue in which the less fortunate lose out due to the misguided policies that enrich “Big Food.”

But current labeling can only get us so far. As author and longtime organic farmer Will Allen recently declared, we have to deal with meat and milk in addition to labeling, because labeling is only going to affect processed food. It won’t impact the GMO corn, soy, cottonseed, alfalfa and sugar beets that are fed to animals—which is 80+ percent of the nonfuel grains. Hence the fight to curb GMO crop production must also go after milk and meat.

GMO Inside’s latest campaign targets Starbucks “Monsanto Latte,” due to the fact that their milk is sourced from cows fed GMOs and injected with antibiotics on factory farms. It’s time for Starbucks to live up to its marketing claims of “ethical sourcing” and “sustainability” by sourcing its dairy products from local, organic family farmers. GMO Insiders are also directing their efforts against the factory-farmed “Monsanto butter” produced by Land O’Lakes and Alta Dena Dairy.

Social media has become an effective tool for anyone with a stomach and a desire to create a better food system. One part of the answer to our crises in soil health and human health may just come down to a more effective use of online communication to help our friends, family, community members and ourselves make optimal food choices.